“The knowledge and experience I accumulated at the K-water became the foundation for my start-up.” 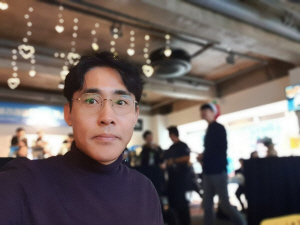 “The knowledge and experience I accumulated at the K-water became the foundation for my start-up.”

Cha SangHoon (48), CEO of WI.Plat, joined the Korea Water Resources Corporation(K-water) in 1998 and served 23 years before jumping into a start-up (initial venture company). He quit the so-called 'God's workplace' and started his own business, but surprisingly, there was no opposition from his family and other people around him. This is because his founding item was to utilize the knowledge and know-how he had accumulated while working in crafts.

CEO Cha started his business concept two years ago while working to help small and medium-sized enterprises export overseas. Southeast Asian countries want not only to install water pipes but also to solve the leak problem, but domestic companies felt there was no solution. Leakage reduction is a technology that only some companies with extensive experience in services such as handicrafts have.

CEO Cha decided to create a solution to solve the water pipe leak problem based on an online platform and provide it to SMEs. WI.Plat, an intelligent leak management solution provider, uses artificial intelligence (AI) and the Internet of Things (IoT) to create a system that can easily check leaks even without experts.

CEO Cha was able to use the start-up support that was in progress in connection with the in-house venture support project of the Ministry of SMEs and Startups. In recognition of his technological prowess, he received technical development funds from the Ministry of SMEs and Startups (100 million won) and Sugong (100 million won), respectively. The office uses the startup incubation space (startup hub) provided in the Daejeon Research Institute for free. With the help of handicrafts, he also had an opportunity to explain the technology to an investment company and secured two investment companies.

CEO Cha explained, “The Korea Water Resources Corporation is playing a role in helping startups grow and overcome the ‘Death Valley’ without difficulty in the 3rd to 7th years of their founding.”